The 10 SI stage of the trail runs from the Kras village of Lokvica to the village of Komen, the centre of the municipality that bears the same name. Begin walking in the direction of The Monument of Peace Cerje. Above the village the road splits on the right in the direction of Kostanjevica na Krasu and runs past the outdoor museum Pečinka Cave and the Throne of Boroević. The Pečinka karst cave is connected to the top of Mt. Pečina (308 m) with a man-made tunnel. During World War I there was an observation post on top of Mt. Pečina, which was, due to its strategic position, known also as the Eye of Kras. The Pečinka Cave served as a shelter for the soldiers and had been occupied by the Austro-Hungarian soldiers until the Ninth Isonzo Battle when it was occupied by the Italian units.  The cave was equipped with bunk beds for soldiers and separate cabins for the officers. Today it is open for visitors.
On the military road between Lokvica and Kostanjevica you also pass a memorial, IR 43 Waymark. Next to it stands a stone throne named after the commander of the 5. Austro-Hungarian Army, Svetozar Boroević von Bojna. There are also other remains in the immediate vicinity that should not be overlooked: remains of the Segeti encampment, Srčandol (the Valley of Santa Barbara), several monuments and memorials, water troughs and similar remains. Some karst caves also have military names, for example: Russian Cave, Krompirjeva jama Cave (Potato Cave), Klobasja jama Cave (Sausage Cave), etc.
To Kostanjevica na Krasu the Austro-Hungarian Army built a railway in order to supply their forces. While walking you will frequently come across the remains of this railway. Kostanjevica was the easternmost point up to which the Italian Army managed to advance. This happened in the Ninth Isonzo Battle, in November 1916. On the spot where today stands the village church an Italian charnel house was built in 1920, in which the remains of several thousand soldiers were laid. The building was abandoned in 1938 and the remains were moved to the new charnel house in Redipuglia/Redipulja.
The Walk of Peace trail then rises up to Temnica and continues on the plateau to Lipa. Your eye catches the Adriatic Sea to the South and a chain of mountains that separate the Kras Region from the Vipava Valley embrace you to the North. From Lipa you then continue following the route of the former railway towards the village of Sveto. There are several military cemeteries that were preserved in the mentioned places, bearing witness to the turbulent events on the front and how ethnically diverse the Austro-Hungarian Army really was. From Sveto you continue for two more kilometres until you come to the centre of Komen, where the 10 SI stage of the Walk of Peace trail concludes.

Park of Peace Cerje – Retracing the Footsteps of a WW1 Soldier

Monument of Peace Cerje – The Treasury of History and Art

Nine kilometres from Komen, stands one of the oldest villages in Kras, Štanjel, known for its old village centre and village walls. Not far from the old village part lies a military cemetery, the last resting place for Austro-Hungarian soldiers and Russian POWs who died in the nearby military hospital in Štanjel Castle and in field hospitals that were set up in the vicinity.

Due to recent fires in Kras, enquire about the conditions on the terrain before your visit. 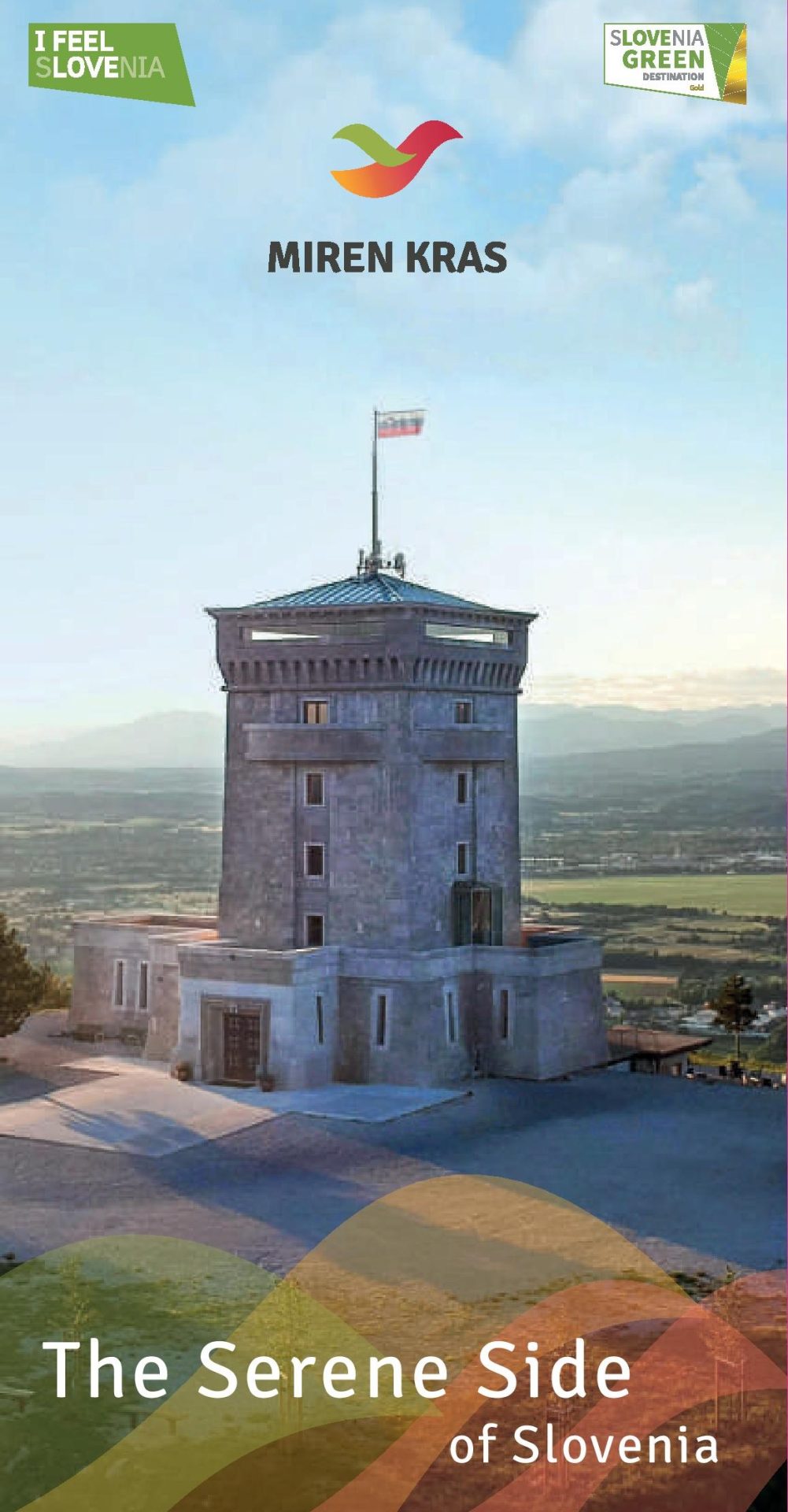