Due to its position Mt. Sabotin was an important strategic point in the defence of Gorizia/Gorica. Here, the Austro-Hungarian soldiers built caves, shelters, observation posts, a system of fighting positions to repel the attacks of the Italian infantry, all until the Sixth Isonzo Battle in August 1916. The Italian conquest of Mt. Sabotin, Calvario/Kalvarija and Gorizia meant the collapse of the so-called Gorizia bridgehead on the right bank of the Soča (Isonzo). Today, the area of Mt. Sabotin is arranged into the Park of Peace, and the most interesting things to be seen are the systems of caves along the ridge that were rearranged after the Sixth Isonzo Battle into Italian gun positions for shelling the Austro-Hungarian positions on Mts. Sveta Gora, Vodice and Škabrijel. In the time of fascism, the area of Mt. Sabotin was declared a Sacred Zone (Zona sacra) in 1922. Furthermore, four big and three small stone pyramids were erected to mark the course of the front line during the Sixth Isonzo Battle. In the southeast part of Mt. Sabotin’s ridge rises the 545 metres high peak of St. Valentine where the ruins of a church complex can be seen.
Due to its turbulent history and natural peculiarities Mt. Sabotin is a splendid tourist destination which, in addition to the already mentioned points of interest, also affords a wonderful view over the broader areas of Goriška Region, Brda and Collio and the Vipava Valley.
Alongside the tour of the outdoor museum, we recommend visiting the private museum collection and the Walk of Peace Visitor Centre (currently in the preparation stage).

The Walk of Peace, A guide along the Isonzo Front in the Upper Soča Region

Sabotin – The Park of Peace 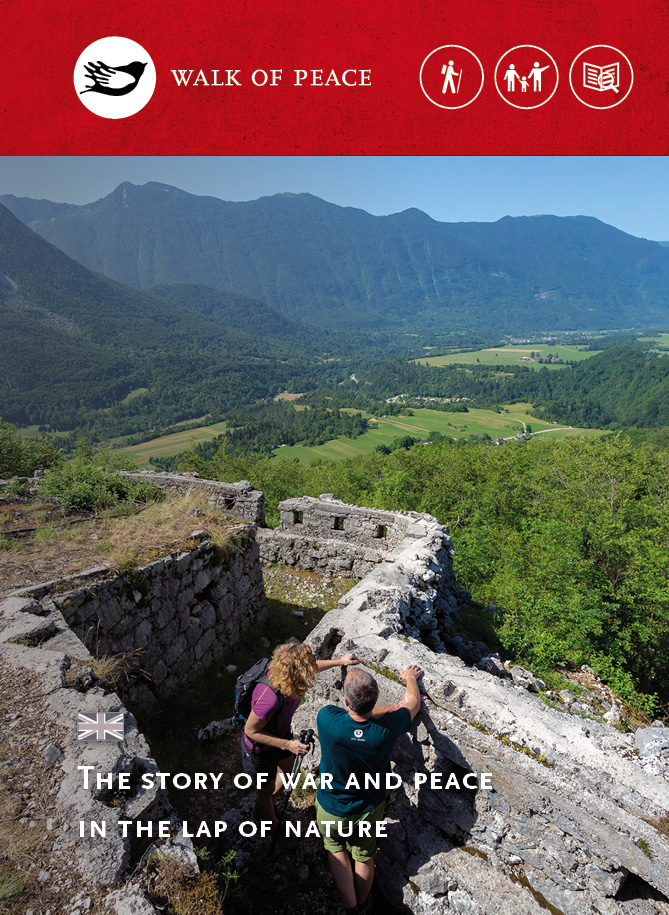