< BACK TO WW1 Heritage

World War I — The Isonzo Front 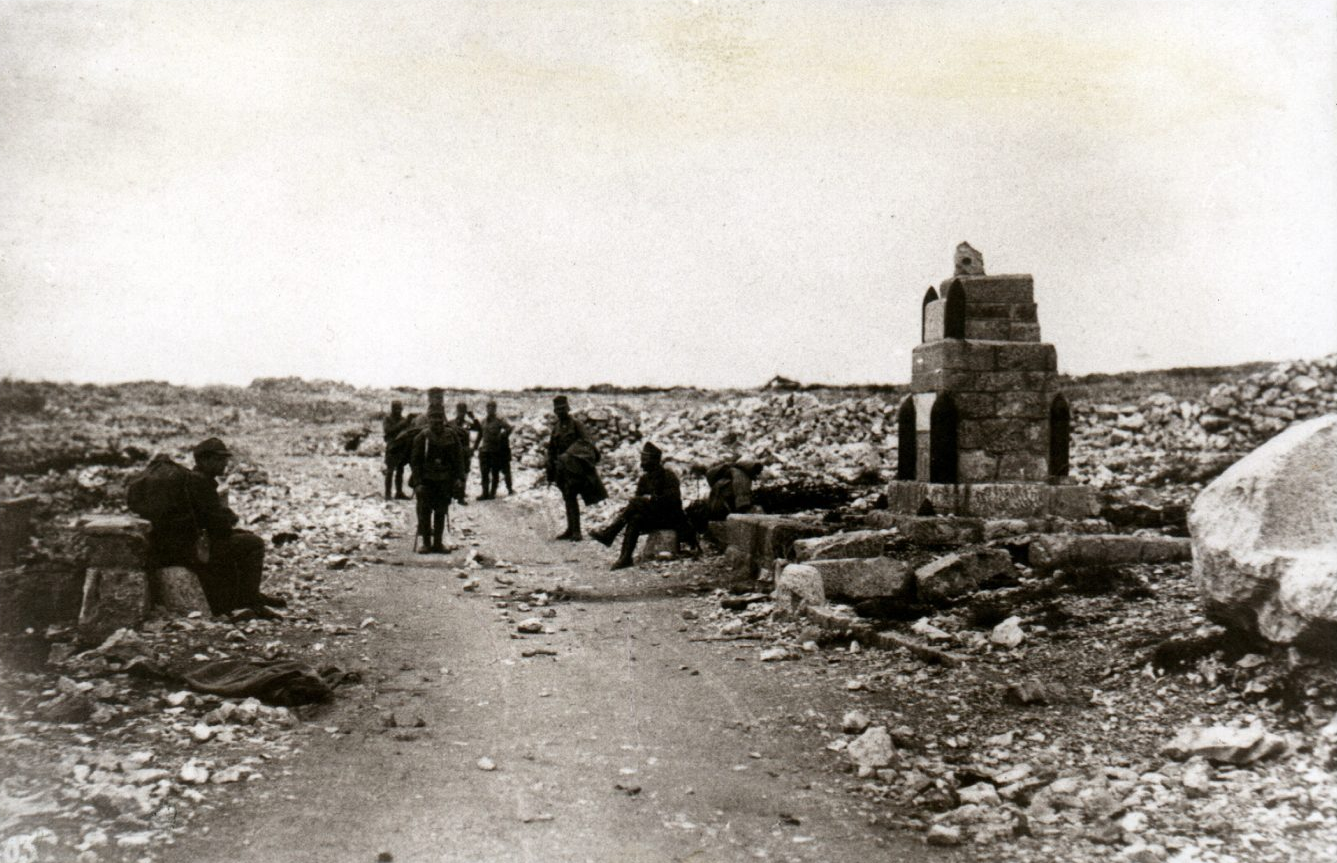 On 28 June 1914, Archduke Franz Ferdinand of Austria, heir presumptive to the Austro-Hungarian throne, and his wife Sophie were assassinated while on a visit to Sarajevo. After the Austro-Hungarian ultimatum to the Kingdom of Serbia, Austria-Hungary declared war on Serbia a month later (on 28 July 1914). In the first days of August, several countries exchanged the declaration of war, which meant the outbreak of World War I. Europe turned to a vast battlefield, divided into several fronts, since two opposing “blocks” entered the war: the Central Powers (Germany, Austria-Hungary, Bulgaria and Turkey) on the one side and the Triple Entente (France, Great Britain and Russia) on the other. During the first year of the war, in spite of its partnership in the trilateral alliance with Austria-Hungary and Germany, Italy remained neutral. Signing the Treaty of London, negotiated between Italy and the Triple Entente, Italy quit the alliance and declared war on Austria-Hungary on 23 May 1915, starting the operation the next day, on 24 May. Thus, the south-west front was opened; it was more than six hundred kilometres long, running from the Pass of Stelvio on the Swiss-Italian-Austrian border trijunction, across the mountain region between Trentino and Veneto (at that time Trentino was part of the Austro-Hungarian Empire), the Carnian Alps, and through the Soča Region to the Adriatic. The ninety-kilometre-long section of the front that ran along the Soča (Isonzo) River from Mt. Rombon to the Adriatic was named the Isonzo Front. During the twenty-nine months of warfare, May 1915 through October 1917, several fierce combats and twelve offensives took place in this area. Eleven of them were launched by the Italians, the last one, the twelfth, by the soldiers of Austria-Hungary and Germany. 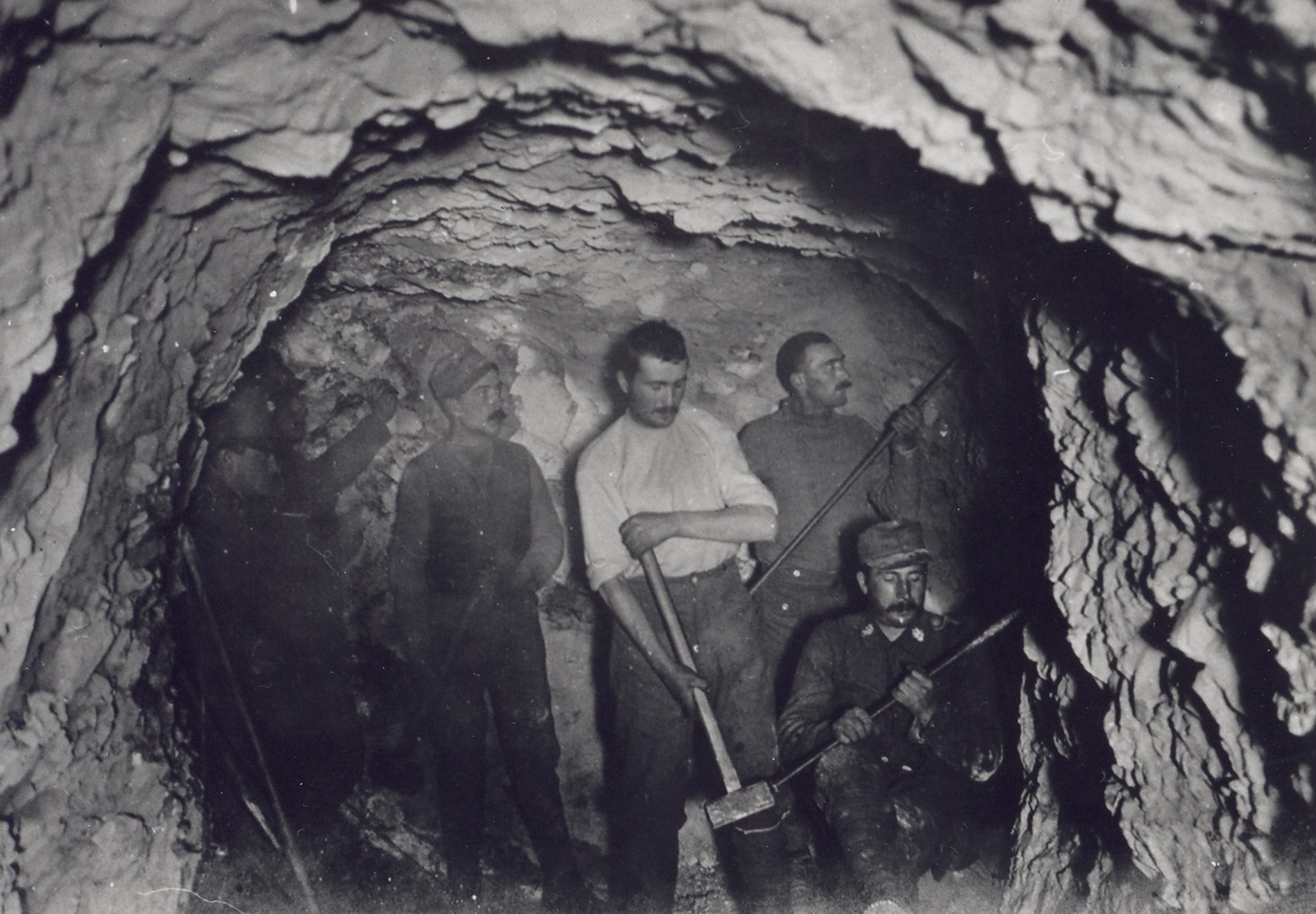 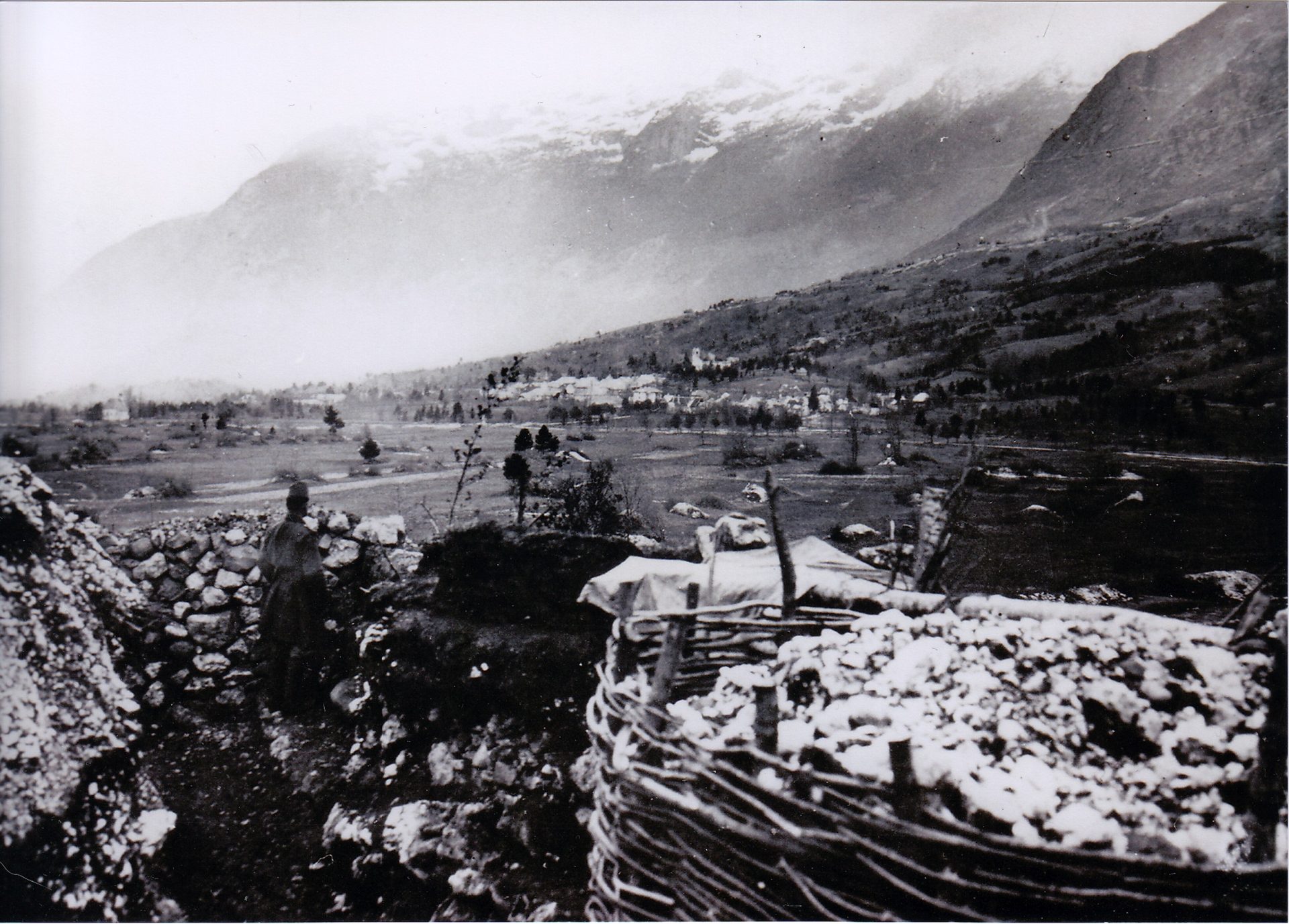 After the initial shifting, the front line in the Upper Soča Region stabilized and turned to a static warfare. The fights took place mainly in the mountainous world. Civilians from the settlements in the immediate vicinity of the front were evacuated and forced to seek refuge; the settlements were occupied by soldiers. The front line between the Italian and the Austro-Hungarian armies ran from the top of Mt. Rombon to the Bovec basin, along the valley of the Slatenik to the Krn range and across Mt. Mrzli vrh from where it descended to the Tolmin basin. The hills Mengore, Bučenica and Cvetje formed a blockade on the right bank of the Soča. In such a way Austria-Hungary defended the important railway- and road connections with the inland of the monarchy. This up to 2.5-kilometre-wide territory entered the history as the Tolmin bridgehead. The front line continued across the Banjška planota plateau, past Gorizia/Gorica/Görz and across the territory of Kras area to the west part of the Trieste Bay. 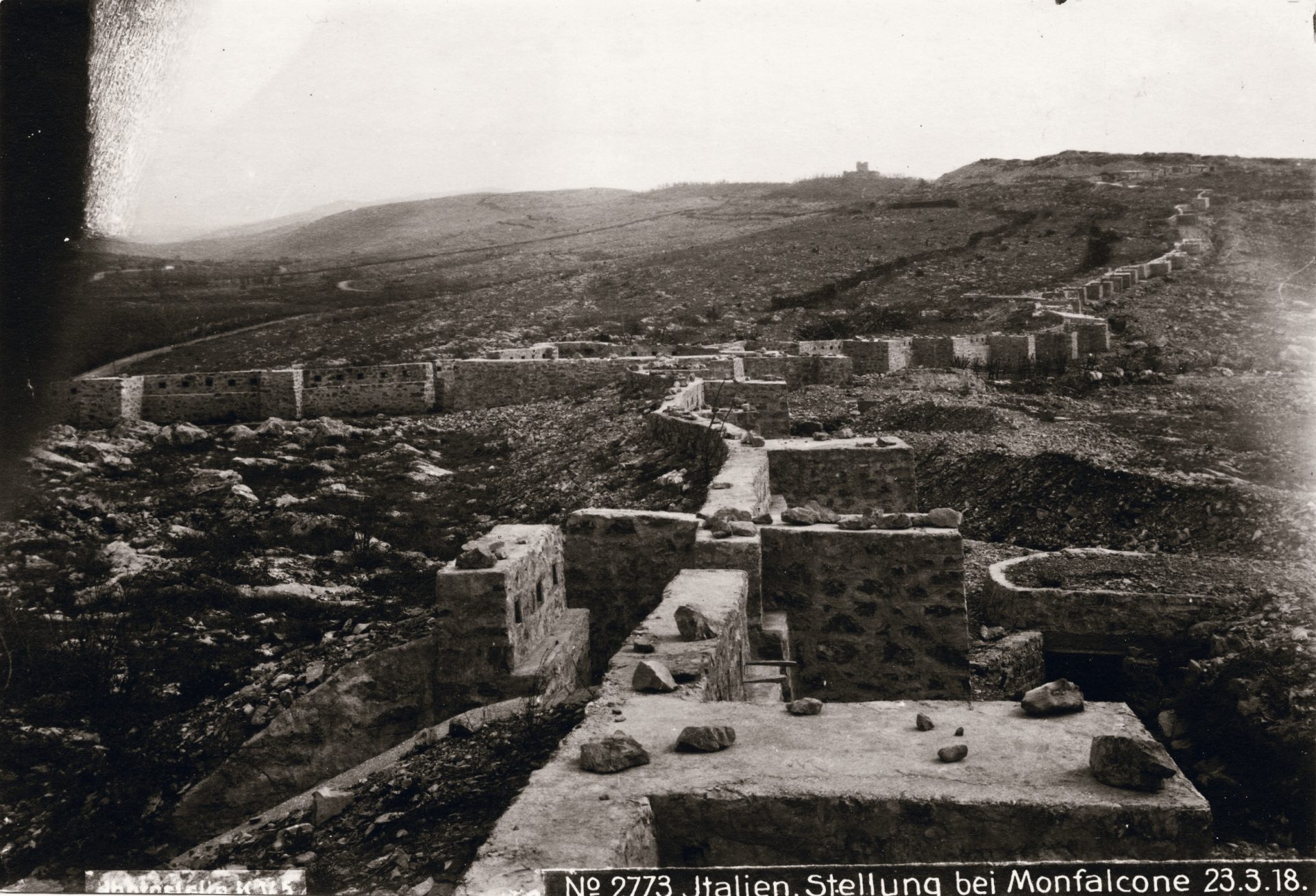 The majority of the Isonzo battles were fought along the lower section of the Soča where the world is not as mountainous as along its upper section. The Italian Army anticipated that it would be easier to break the enemyʼs defence here than in the mountainous world.

Despite this apparently easier situation, the war on the territory of Kras plateau stabilized as well, especially between June 1915 and August 1916. Austria-Hungary initially established its defence on all strategic elevations and repelled numerous Italian attacks. The front line, running from Mts. Sabotin and Calvario/Kalvarija to the hills around Monfalcone/Tržič, past Monte San Michele/Debela griža and the areas around Doberdò/Doberdob, did not change significantly until August 1916, when the Italians managed to conquer Gorizia/Gorica and move part of the front line a few kilometres eastwards. 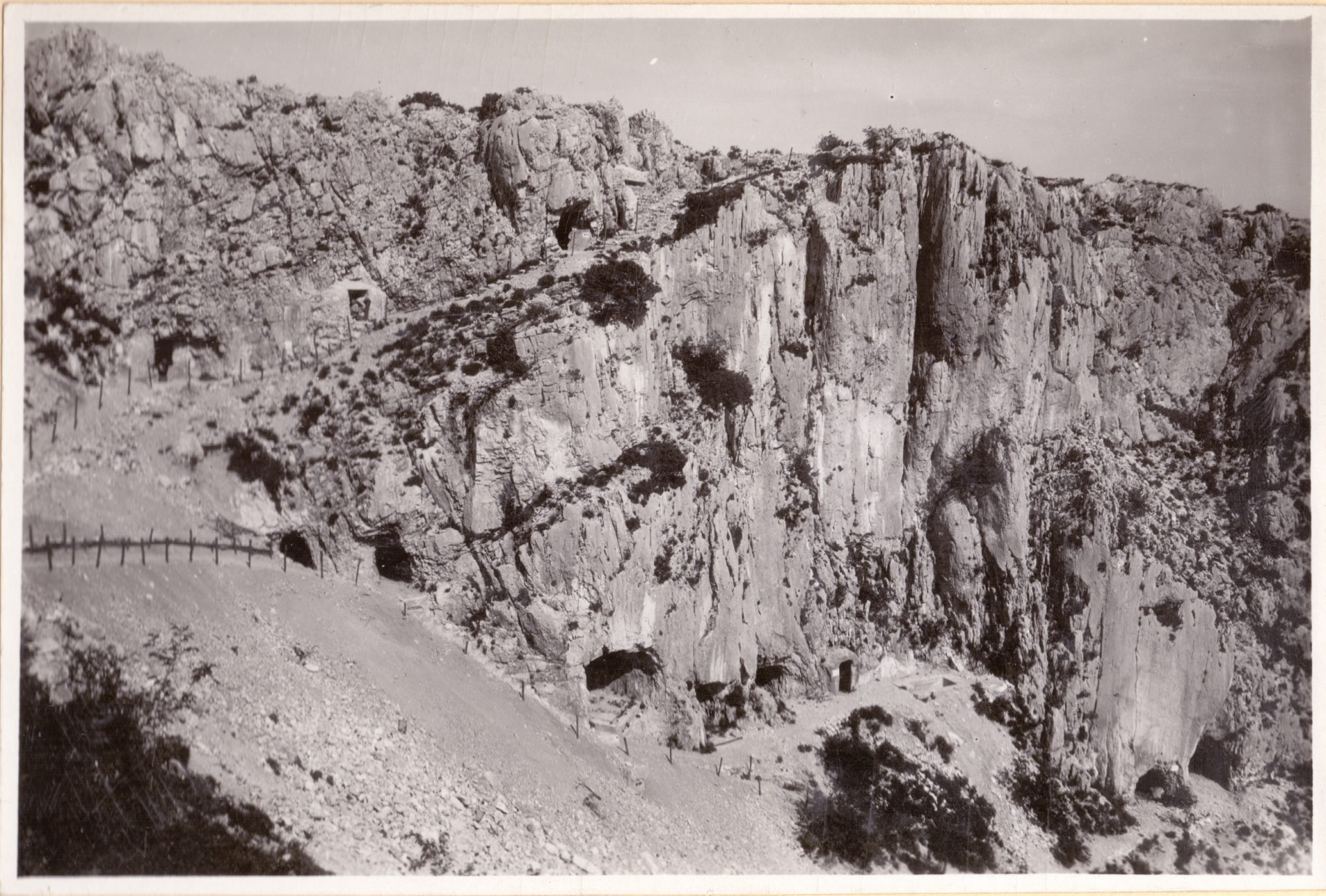 In the spring and summer of 1917, the Italian army organized the most important offensives as to the number of the involved, with the intention to definitely break through the front line, but without success.

The last chapter of the fights along the Soča occurred during the Twelfth Isonzo Battle that started on 24 October 1917, right along the riverʼs upper course. In the Austro-Hungarian literature, the battle is also known as the Miracle of Kobarid while in the Italian literature it is known as the Caporetto Retreat. It started in the Bovec basin with a joint attack by the Austro-Hungarian and German armies. They surprised the Italian defence with gas shell bombardment. Simultaneously, a determined advance was made from the direction of Tolmin towards Kobarid and Mt. Kolovrat. The break through the Isonzo Front was followed by the advance to the Friuli lowland and further on, to the Piave River where the front stabilized on 9 November 1917. During those days (end of October–first days of November 1917) more than a half of the Italian Army (about 1,500,000 men) had to retreat in just a few days across the Friuli lowland, under the protection of rear guards. More than 200,000 civilians also left their houses and joined the retreating army to flee to inner Italy. During the retreat, a lot of combats took place between the Julian Alps, the Tagliamento River, the Friuli Plain and the Carnic Alps. They were decisive for saving the Italian Army, despite the enormous losses of soldiers and material. The most important combat of rear guards took place on the Tagliamento River, near Ragogna and Cornino, between 30 October and 3 November 1917.

In November 1917, the Austro-Hungarian and German troops reached the Piave River and Monte Grappa. They won a great victory over the Italian Army, but this victory was not enough to win the war. The Italian Army successfully resisted two offensives launched by the Imperial Army (Battaglia dʼArresto in November–December 1917, and Battaglia del Solstizio in June 1918). After a year of fighting, the Italian Army managed to win the Battle of Vittorio Veneto (end of October 1918) with the help of British and French troops and by taking advantage of the pending collapse of the Austro-Hungarian monarchy. On 4 November 1918, the hostilities on the Italian-Austrian front ended. A few days later, on 11 November 1918, World War I came to an end with the capitulation of Germany. 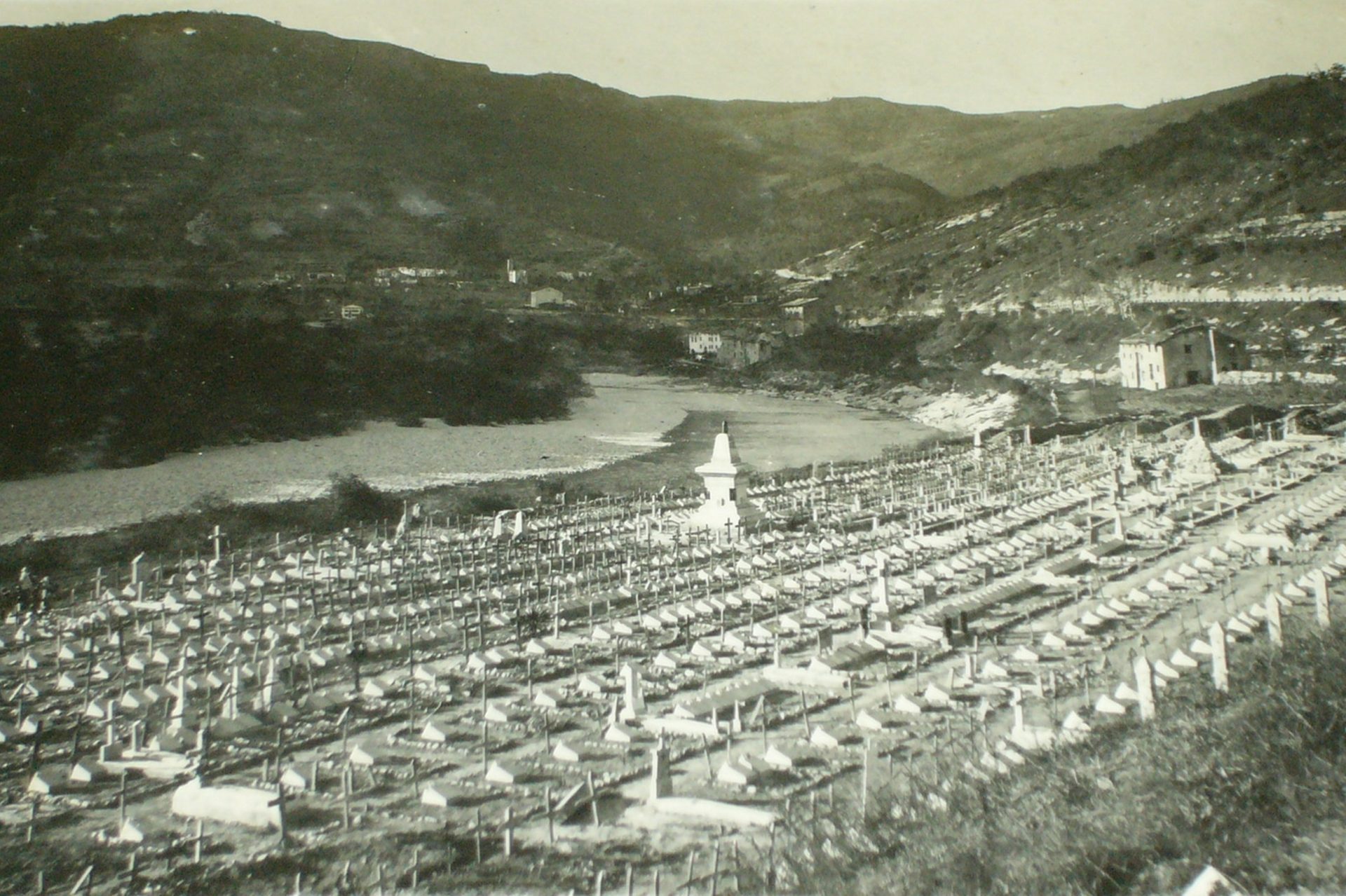 The warfare along the Soča, in Friuli and in Veneto left numerous traces. Its memorials, caves, trenches, fortifications and cemeteries belong to cultural and historical heritage. It reminds us of the suffering, sacrifices and deaths of thousands of lads and men of numerous nations, and stands as a warning.
The war also affected bitterly the civil population in the settlements along the front.