Women in World War I

Exhibition authored by: The Department of History at the Faculty of Arts of the University of Ljubljana and The Walk of Peace Foundation

Womenʼs role in World War I has been neglected by historiography for too long. An exhibition has been devised about women living and working during wartime to fill in this gap and bring new historiographical findings to public attention. The exhibitions dedicated to four wartime years (1914, 1915, 1916, and 1917) and the beginnings of the post-war period showcase primarily the events taking place in the immediate proximity of the Isonzo Front and behind it. Close attention has been paid also to events happening in a broader international setting during wartime. Women as wives, mothers, sisters, daughters, girls, peasants and workers, members of the bourgeoisie or aristocracy, charitable ladies, prostitutes, rebels, supporters and opponents of the war—women with their biographies and social roles defined and marked by the war are the protagonists of individual thematic sets. 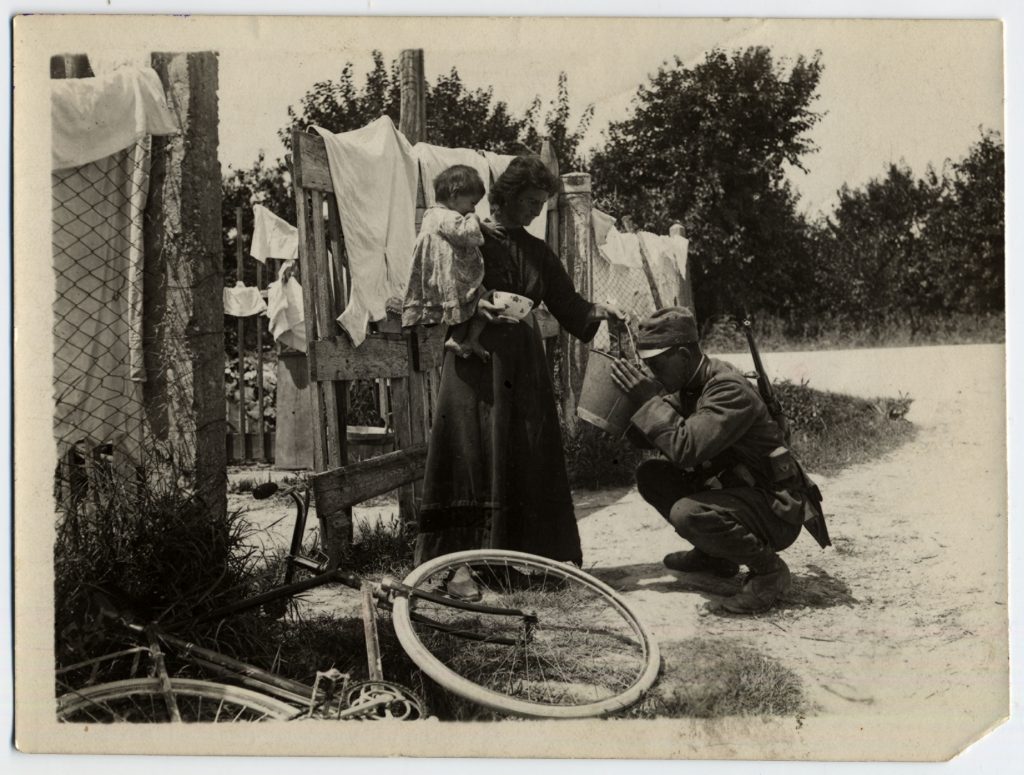