After almost two decades, the Italian military chapel on Planica, built during World War I in the Krn Mountains, once again underwent a renovation, financed by the funds from the WALKofPEACE project and the Municipality of Kobarid. The chapel, dedicated to Our Lady of Consolation, was built on the initiative of Major Celestino Bes towards the end of 1916 at the margin of the military camp located between Planica and Pleče. Due to the initiator of the construction, the name Chapel Bes is often used for it. Its speciality is the richly decorated facade with the Latin inscription “Consolatrix Afflictorum”, which means the Consoler of the Afflicted. After its construction, the chapel was renovated for the first time in 1938, and again in 1996 and 2003. The most demanding renovation was that of 1996, as the chapel heavily decayed in the long decades after World War II. The renovation went on for three years under the umbrella of the Kobarid Museum, and the funds were contributed by the Municipality of Tolmin, the Ministry of Culture, the Kobarid Tourist Association and the said museum. Support was also provided by the Ministry of Defence of the Republic of Slovenia, the Alpine Association of Bergamo and the Kobarid Parish Office. Being part of the WALKofPEACE project, the renovation was managed by the Soča Valley Development Centre with the partner support of the Walk of Peace Foundation and was carried out from June to September 2020. The works included removing the damaged and destroyed parts of plaster, cleaning the entire surface of the monument, reconstruction of the missing parts as well as consolidation and colour reconstruction of the interior and colour unification of the entire painting decoration. Due to the cultural heritage protection of the chapel, the cultural-protective requirements of the Institute for the Protection of Cultural Heritage of Slovenia―Nova Gorica Regional Unit were fulfilled. The investment was worth about 30,000 euros, of which 85 percent were provided from the WALKofPEACE project, and 15 percent was contributed by the Municipality of Kobarid. 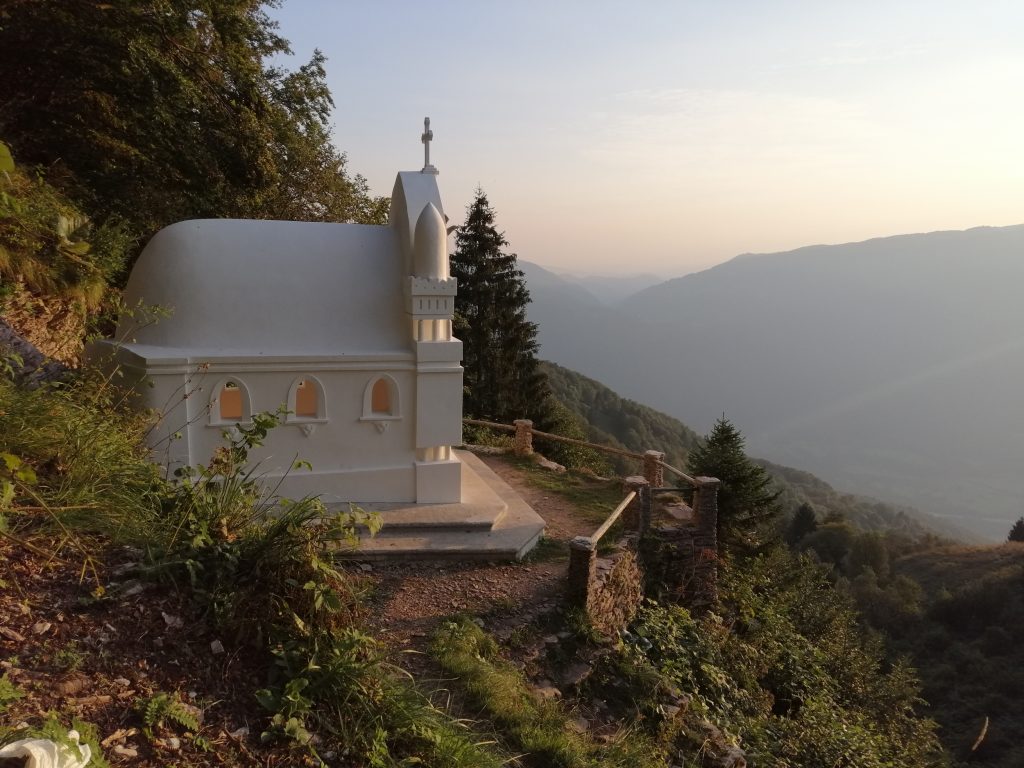