At the beginning of the 20th century, the Austro-Hungarian Monarchy also comprised certain parts of todayʼs western Ukraine (Galicia, Bukovina), hence the Ukrainians also fought in its army in World War I. In the summer of 1916, the k. k. 20th and 22nd Home Guard Infantry Regiments (k. k. Landwehr Infanterie Regiment – LIR 20 and LIR 22) were sent to the Isonzo battlefield. The LIR 20 was based in Stanislau (Ukr. Stanislaviv, todayʼs Ivano-Frankivsk). Its recruitment areas also included Berežani (Berezhany) and Czortkow (Chortkiv), and as to its ethnical composition, about 70 % were Ukrainians.

The LIR 22 was based in Czernowitz (Chernivtsi), the capital of Bukovina. Its recruitment area also included Kolomea (Kolomyja), and as to its ethnical composition, about 30 % were Ukrainians and a little more than 50 % were Romanians. In August 1916, when the Italian Army conquered Gorizia/Gorica, the two regiments took positions east of the city (Grčna, Panovec). In March 1917 they were renamed k. k. 20th and 22nd Rifle Regiment (k. k. 20th and 22nd Schützen Regiment – Sch. R. 20 and Sch. R. 22). They remained on the Isonzo Front until the end of October 1917.

The monument to the k. k. 20th Rifle Regiment was erected in the summer of 1917 near its headquarters and is today the central monument to all the Ukrainians who fought on the Isonzo Front. It was restored in 2020 as the result of cooperation between the Nova Gorica City Municipality and the Embassy of Ukraine to the Republic of Slovenia, and with the support from the Društvo soška fronta 1915–1917, Šempeter pri Gorici, the Institute for the Protection of Cultural Heritage of Slovenia (Nova Gorica Regional Unit) and the Slovenia Forest Service (Nova Gorica Regional Unit). 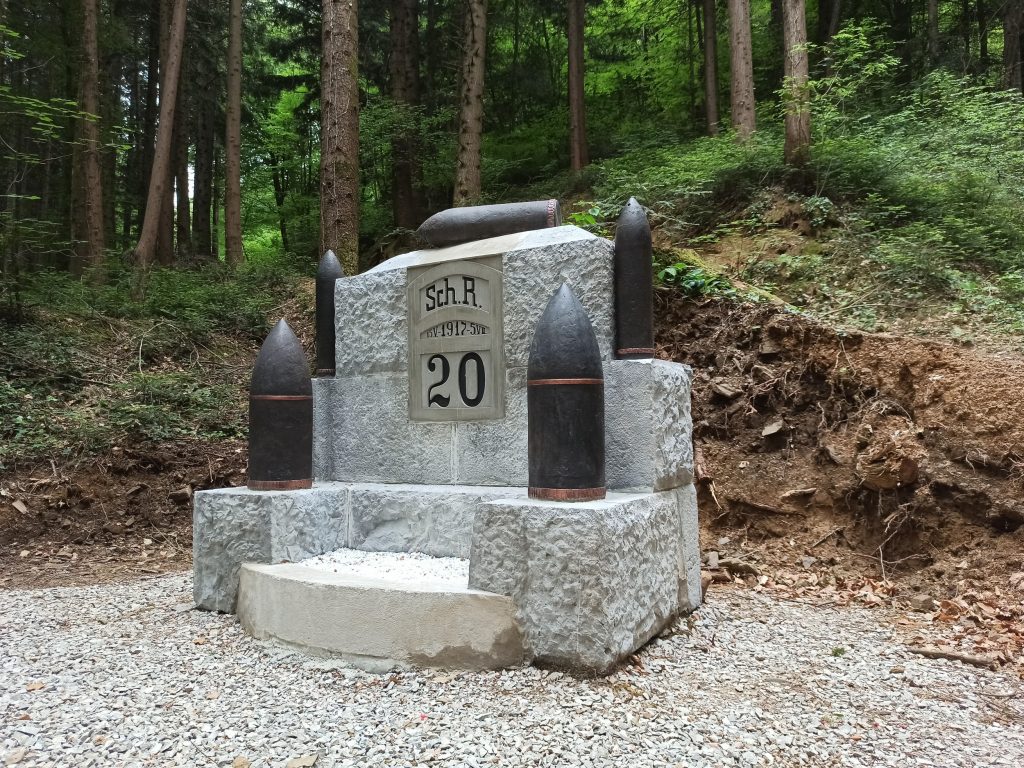