The FIAT 15 TER is the successor to the 15 BIS model and represents the first serial vehicle for military purposes. It was designed by Carlo Cavalli and was produced between 1911 and 1920 in a variety of bodywork designs, from a box truck, ambulance, fire truck with a pump to a bus. The FIAT 15 TER was in service in the Italian Army from 1912 until 1940. The Volunteer Fire Brigade of Kobarid is the owner of an old FIAT 15 TER vehicle, the year 1911, which is affectionately called “Kadorna”. It is named after Luigi Cadorna, a general of the Italian Army, who commanded the Italian forces in World War I when battles were fought on the Isonzo Front.

The vehicle was made for the Italian Army, more specifically for the technical unit of military aviation. The Kobarid Voluntary Fire Brigade got the Kadorna in 1946 from the then Gorizia Fire Brigade Command. The Kobarid commander Viktor Ivančič-Kramar addressed a letter to the Command, with a photo from which it was evident that the Kobarid firefighters were still using donkeys to tow a hand pump. The said vehicle was in operational use until 1956. The Kadorna was then garaged in the tool shed until 1960, when it was moved to a shed on the outskirts of Kobarid.

When a danger arose that the Kadorna might be sold as scrap iron, the late commander Marijan Stres, a long-time firefighter official, got involved and started bringing the vehicle back to life. They attended meetings of old-timers, and several times it could be seen in war films shot in former Yugoslavia. Over the years, the vehicle became a trademark of the Brigade, and a wish for an overall renovation was alive. In cooperation with the Soča Valley Development Centre, the Kobarid Municipality and the Walk of Peace Foundation, the Kobarid Voluntary Fire Brigade renewed the vehicle via the WALKofPEACE project. The renovation was carried out by the company EKOEN of Trbovlje. The Kadorna is on display in the exhibition pavilion next to the Fire Station in Kobarid. 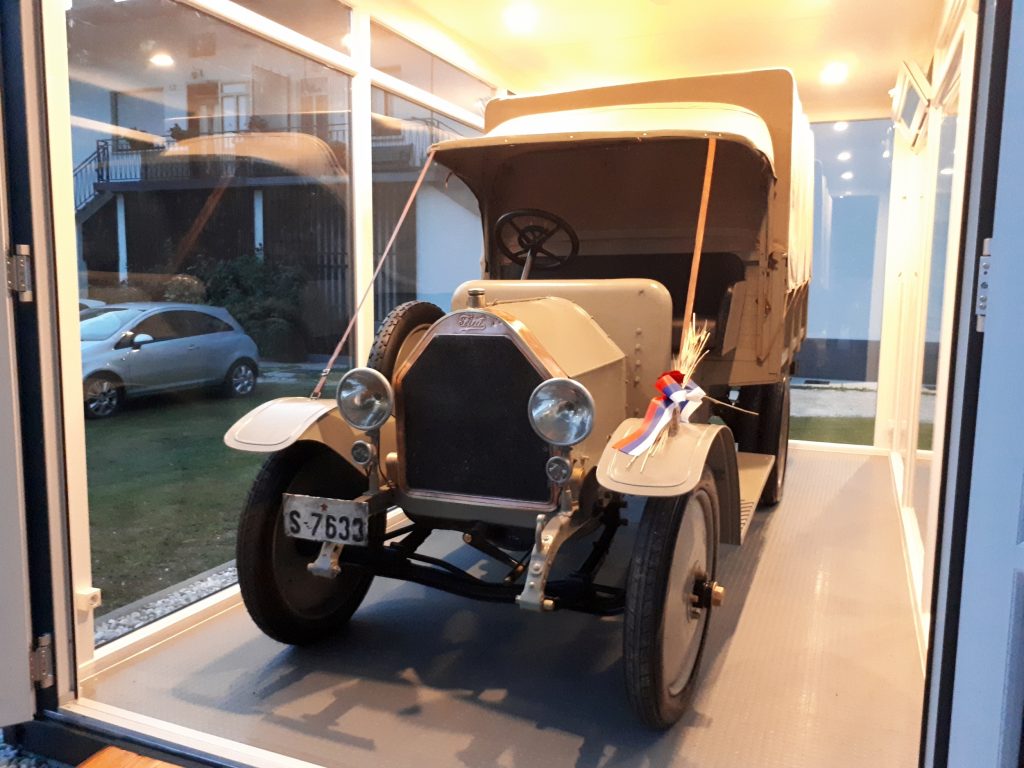