The military cemetery is situated inside the municipal cemetery and consists of ten rows of concrete tombstones, now half-buried and partially covered with moss, each headed with a relief of a cross. Below are metal plaques, made in 1984, with the names and surnames of the deceased, replacing the original inscriptions that had already been illegible. Some of these names are typically Germanic, others Slavo-Balcanic, still others of Italian or Hungarian origin, as well as Romanian. Inscribed is also the date of death, in few cases even the date of birth. The oldest buried soldier was born in 1863, the youngest in 1900. In the centre rises a marble monument in the shape of a cross, flanked by two small cypresses. It was unveiled in 1984 on the occasion of a restoration work, carried out in collaboration with the Austrian government. On one side, outside the perimeter, there is a tapering pillar with inscriptions in Italian and German.

Coming from the direction of Latisana, follow the road SS14 (Via Venudo). Turn to Via dei Cipressi and after 500 metres you will reach the cemetery. 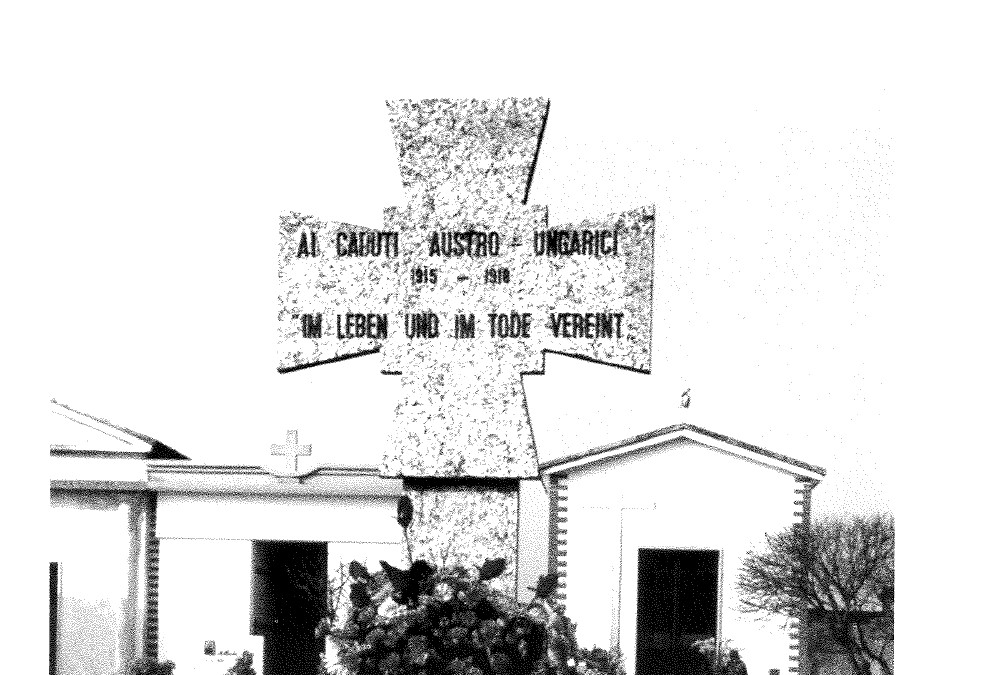