The German charnel house is a cultural and historical monument erected by Germany in 1938 in memory of the fallen German soldiers in the last battle of the Isonzo Front. The renovation within the WALKofPEACE project in the spring of 2020 included the reconstruction of the roof, the cleaning of stone walls and the reconstruction of the stone pavement in front of the ossuary. The building itself was sanded, cleaned and painted with metal parts, and the dilapidated wooden ceiling was replaced. Ventilation was also arranged. After more than 80 years of existence, however, one of the biggest acquisitions of the chapel is electricity. The building is now illuminated in the interior, where the view of the central part of the chapel has been quite difficult so far.

The value of the investment was almost 30,000 €; 22,950.00 € was provided by the project WALKofPEACE, and the rest was co-financed by the Municipality of Tolmin. 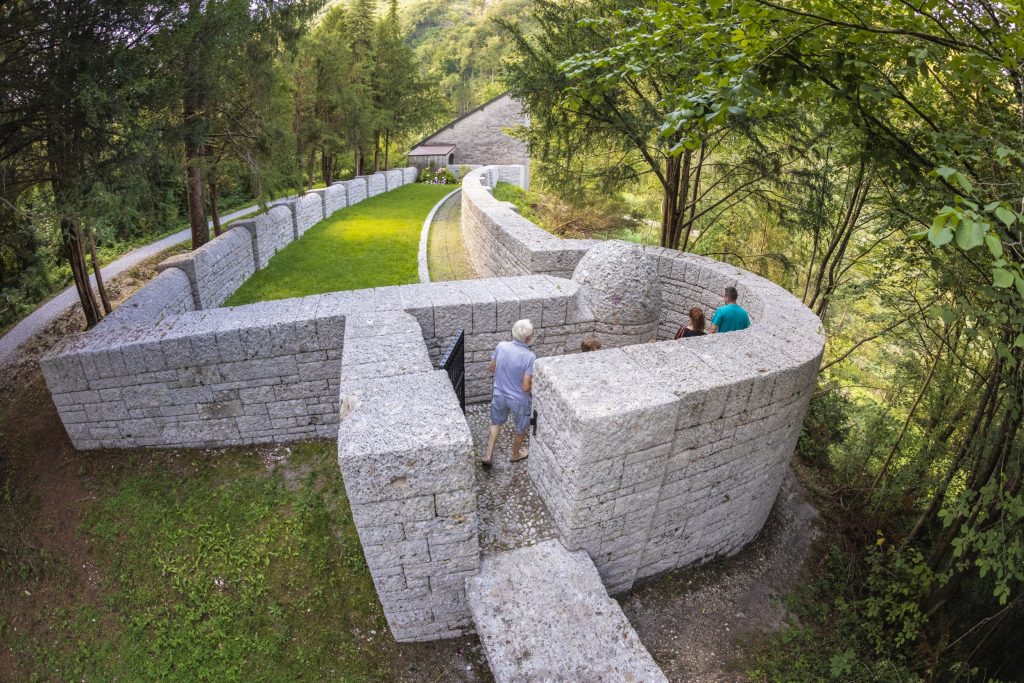